This past summer, Callysto hosted an online hackathon for Grades 8-12 students and K-12 teachers across Canada. Participants were challenged to use real-world datasets and Python coding to come up with data-driven ideas for building sustainable life on Mars.

The free event ran from July 10 to August 18, and for the first time ever, teachers were allowed to participate (and compete).

The hackathon was divided into two tracks: a beginner "Curiosity" track, and an advanced “Amal” track. In the Curiosity track, participants analyzed a dataset on common pet characteristics to determine which ones would be best suited to living in a colony on Mars. In the advanced Amal track, participants used advanced coding-based modules (Jupyter notebooks) to answer more difficult questions related to the colonization of Mars. Those who chose this track were encouraged to explore any dataset of interest related to sustaining life on Mars.

Meet some of our winners 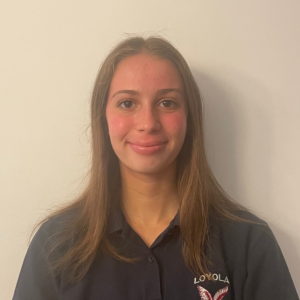 Sonia’s challenge: Which pets should we bring to Mars?

Sonia’s answer: Sonia determined the most suitable pets for a Mars mission would be male and female cats, lizards, and a tarantula. She based this decision on three key factors: the weight of the animals, the level of maintenance required, and whether the animals would benefit from having a companion of the same species.

Why Sonia won the Curiosity challenge
Sonia excelled in the Curiosity track, successfully completing all seven challenges. The judges were impressed by her data analysis skills and ability to come up with appropriate conclusions based on the data. Additionally, her rationale for choosing the pets to bring on Mars was well-thought-out and her reflections were insightful. Overall, Sonia showed a strong aptitude for scientific thinking and problem-solving.

Why she chose to participate in the Callysto hackathon
“It seemed like a fun and exciting opportunity to participate in during the summer holiday. I also wanted to brush up on my coding skills, and I was interested to learn more about data science. Before the hackathon, I was unfamiliar with data science, however, I knew it was something I wanted to explore. I want to pursue a job in computer science and this was a great way to broaden my knowledge.”

What she enjoyed most about the event
“There were many aspects of the event I liked and it was very well organized. The part oI enjoyed the most was that the platform was very user-friendly. Each challenge provided lots of information and was easy to navigate. I also liked the theme of the event: pets in space. It was interesting and engaging to analyze the different data about pets.”

What she learned from the event
“The main thing I learned from the hackathon was new data science skills, which I did not know before. I was familiar with the programming language used, Python, but I did not know about the specific commands you were able to use to read data. I learned how to manipulate the data and make it easier to understand by creating visuals such as circle graphs, and removing unnecessary information that would not be helpful in making decisions.”

Seung-Jun’s challenge: Seung-Jun hypothesized that the extreme weather conditions on Mars would be the biggest challenge for humans trying to live there. To support this idea, he analyzed data on Mars’s temperature changes over the course of four years, from 2012-2018.

Seung-Jun’s answer: Seung-Jun observed that the temperature on Mars has declined since 2016. However, although both the minimum and maximum temperatures on the red planet are lower than they were in 2016, the maximum temperature remains above -20 degrees Celsius, which is a livable temperature for humans. Additionally, Seung-Jun analyzed data on atmospheric opacity and discovered that Mars is generally sunny, with only rare exceptions.

Why Seung-Jun won the Curiosity challenge
Seung-Jun did an excellent job coming up with a data-based question and exploring datasets from NASA. The judges were impressed with his well-crafted and impactful visualizations and storytelling. He made insightful analyses of the data accompanied by reflective conclusions. The judges felt he went above and beyond, as demonstrated by his thought process throughout the challenge.

What he enjoyed most about the event
“I enjoyed everything on this challenge, but especially making different types of graphs. Although it was difficult at first, I eventually got better as I practiced more. It was very rewarding for me to complete the challenge.”

What he learned from the event
“I learned how to make a pie graph and also learned how to highlight a portion of a graph using matplotlib. I became more experienced in working with Jupyter Lab as well.” 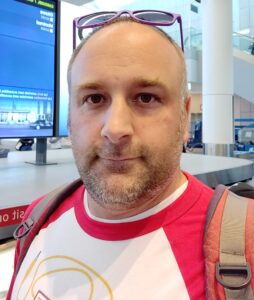 Andrew’s challenge: Which pets should we bring to Mars?

Andrew’s answer: After analyzing the data, Andrew determined that dogs, cats, and lizards would be the most suitable pets to bring to Mars. His decision was based on three factors: the weight of the animals and the impact on fuel consumption during transportation, the average life expectancy of the animals, and whether they were spayed/neutered or unaltered. Andrew concluded that bringing unaltered cats and dogs would allow for a more comprehensive study of the effects of the Martian environment on animals of different ages.

Why Andrew won the Curiosity challenge:
Andrew did an excellent job completing all seven challenges and showed great determination and perseverance in tackling difficult coding tasks. The judges felt he demonstrated a strong understanding of different types of data plots and their appropriate use cases, and his rationale for selecting the pets was well-reasoned and supported. Additionally, his responses were thorough and thoughtful.

Why he chose to participate in the Callysto hackathon
“I thought it would be a fun chance to dive into a great project with Python and data science.”

What he enjoyed most about the event
“I enjoyed how using some data and coding, you can see some interesting outcomes.”

What he learned from the event
“I learned that with simple coding, lots of data, and patience, you can display data in a more meaningful way.

Callysto runs free virtual and in-person hackathons for Grades 5-12 classrooms in Canada. We help students solve data science problems by “hacking” or analyzing data. If you’re a Grades 5-12 teacher and are interested in having us host a hackathon for your students, email us at contact@callysto.ca.