From August 5-10, 2020, Callysto went “back” to the red planet for another hackathon. Participating Grades 9-12 students from across Canada were challenged with the following mission:

You’re a data scientist on a team that has just arrived on Mars. Now you need to figure out how to make the planet habitable. Your first job is to determine what is needed to sustain life on the red planet, from growing food to supplying your clothing needs.

Callysto hackathons are designed to challenge students to solve challenges through coding and data analysis. The goal of these events, and the Callysto project in general, is to help students and teachers across Canada learn these in-demand data science skills – which include the ability to visualize, interpret, and analyze data, and communicate their results.

Students got to choose from two challenges, named Curiosity and Amal. “Curiosity” was named after NASA’s 2011 Mars rover, and “Amal” was named after the United Arab Emirates Space Agency’s current mission to the red planet.

Amal (advanced level): Students were asked to come up with their own question and answer related to sustaining life on Mars. They backed up their answers by sourcing and performing analyses on open data sets.

Meet some of our winners 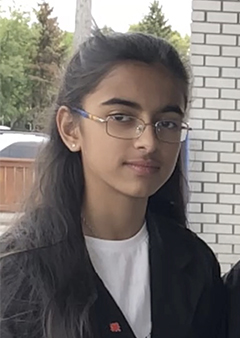 Bhavani’s question: Which pets should we bring to Mars?

Bhavani’s answer: Based on adoption data from a real-life animal shelter, Bhavani concluded it would be ideal to bring cats, dogs, lizards, rabbits, and tarantulas to the red planet. She based her answer on how quickly these animals are typically adopted (to show which animals make the more popular pets), their weight (lighter animals could be easier to transport), and their expected lifespan (older animals may have a better chance of survival).

Why Bhavani won “best communication”: Bhavani provided detailed, data-driven answers to support her conclusions. She also showed innovative thinking with the criteria she chose to support her answer (i.e. the age and weight of the animals).

Why did you choose to participate in the Callysto hackathon? “It facilitated a platform to develop programming skills in a new language, while learning data science. As a grade 9 student [who is] really passionate about coding, I thought the Callysto hackathon seemed like a great opportunity.”

What did you enjoy most about the event? “I really enjoyed going through the hackathon challenges, as they were interactive and engaging. Along the way, I picked up some data science and Python skills.”

What was the main thing you learned? “How to make inferences and observations through data science by analyzing datasets, building graphs, and using statistics. I learned a lot of new things, and I am thankful to Callysto for organizing this event!”

Note: there are several sections of the Curiosity track; click on each section (i.e. "challenge 1") to see  the content. 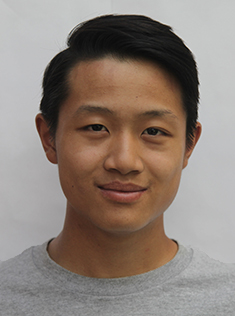 Rory’s question: What machines do we need on Mars?

Rory’s answer: Robots that can help with the labour involved with building and sustaining life on Mars. However, after looking at several datasets, including the energy (solar) needed to power a robot, as well as building costs, Rory concluded bringing robots to Mars would be costly.

Why Rory won “best communication”: Rory’s data-driven explanation about what would be needed to bring robots to Mars was creative. He also used several open data sources and created(?) data visualizations to support his answer.

Why did you choose to participate in the Callysto hackathon? “I participated in the first Callysto “Colonizing Mars” hackathon in July and I really enjoyed it! When I heard there would be another one, I thought it would be the perfect chance to show off what I had learned since then, and bring even more enhanced coding and data analysis skills to this hackathon.”

What did you enjoy most about the event? “I loved the fact that the Callysto staff were always on-hand to give advice when we needed it. It was especially difficult to do so since this hackathon was entirely online, but they managed. Thanks Callysto!”

What was the main thing you learned? “I learned there is still so much more to learn about data science! In “Colonizing Mars,” I chose to visualize data with graphs and functions. In “Sustaining Life on Mars,” I decided to model economies of scale – both of which required vastly different functions and user interfaces. Lots of StackOverflow* was needed to accomplish both, but I can definitively say that I know more about data science than before I entered these hackathons.”

*Note: StackOverflow is a question and answer site for programmers. 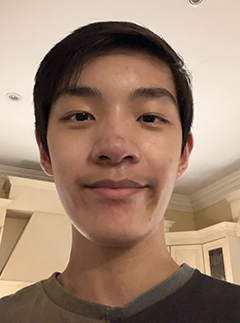 Bill’s answers: Who do we bring to Mars? Bill looked at global open data regarding fertility and infant mortality rates. Based on a demographic analysis, he determined who would be ideal candidates to create a healthy and diverse population on Mars. He recommended that a selection of residents be brought from Iran, Grenada, Philippines, Tajikistan, and Malawi.

What forms of entertainment do people need? Bill analyzed movie data and came to several conclusions. To start, data showed that movies from film directors Christopher Nolan, Steven Spielberg, Quentin Tarantino, Martin Scorsese, and Peter Jackson were popular – so he concluded movies from those directors should be shipped to Mars. He also found that drama, comedy, action, and adventure were the most popular movie genres, and would therefore be the most ideal to keep people entertained.

What food do we bring? According to his data analysis, Bill determined that bringing highly-consumed foods – milk, cereals, vegetables, fruits, and wheats – would be ideal. He also noted the biggest food producers in the world were China, India, USA, Brazil, and Germany, making them the most ideal sources of food for Mars.

Why Bill won “best overall notebook”: Bill used a variety of data sources and well-functioning data visualizations to clearly support his conclusions. The questions he chose to answer also showed a creative, detail-oriented approach to sustaining life on Mars.

Why did you choose to participate in the Callysto hackathon? “I thought it would be a great opportunity to put my data science skills to use. In the past, I've learned about data science. However, I've always struggled to find a way to apply these skills and use them [on] a real-life scenario. Luckily for me, I found Callysto's data science hackathon and had an amazing time participating.”

What did you enjoy most about the event? “Unlike other hackathons I've participated in, I found that Callysto's was the most unique and engaging – I'd never participated in a hackathon centered around data science. Furthermore, I enjoyed that we were given many freedoms, such as being able to choose our own libraries, datasets, and what types of visualizations and conclusions we'd come to.”

What was the main thing you learned? “In general, I've learned a lot more about data science. This includes working with new libraries* such as scikit-learn and wordcloud, processing data with pandas**, and generating meaningful visualizations with seaborn and Plotly. To my surprise, these techniques and libraries were nowhere near as intimidating as I previously thought they were. Through participating in Callysto's hackathon, I've found how exhilarating data science can actually be, and now know that I want to pursue it as a career.”

*“Libraries” refers to Python libraries, a collection of functions made by contributors to help others with their code.

**Pandas is a Python library that helps users quickly analyze and manipulate data. This could include creating tables or graphs

Callysto virtual hackathons for your students

If you’re a Grades 5-12 teacher in Canada and are interested in having us host a virtual hackathon for your students, email us at contact@callysto.ca.